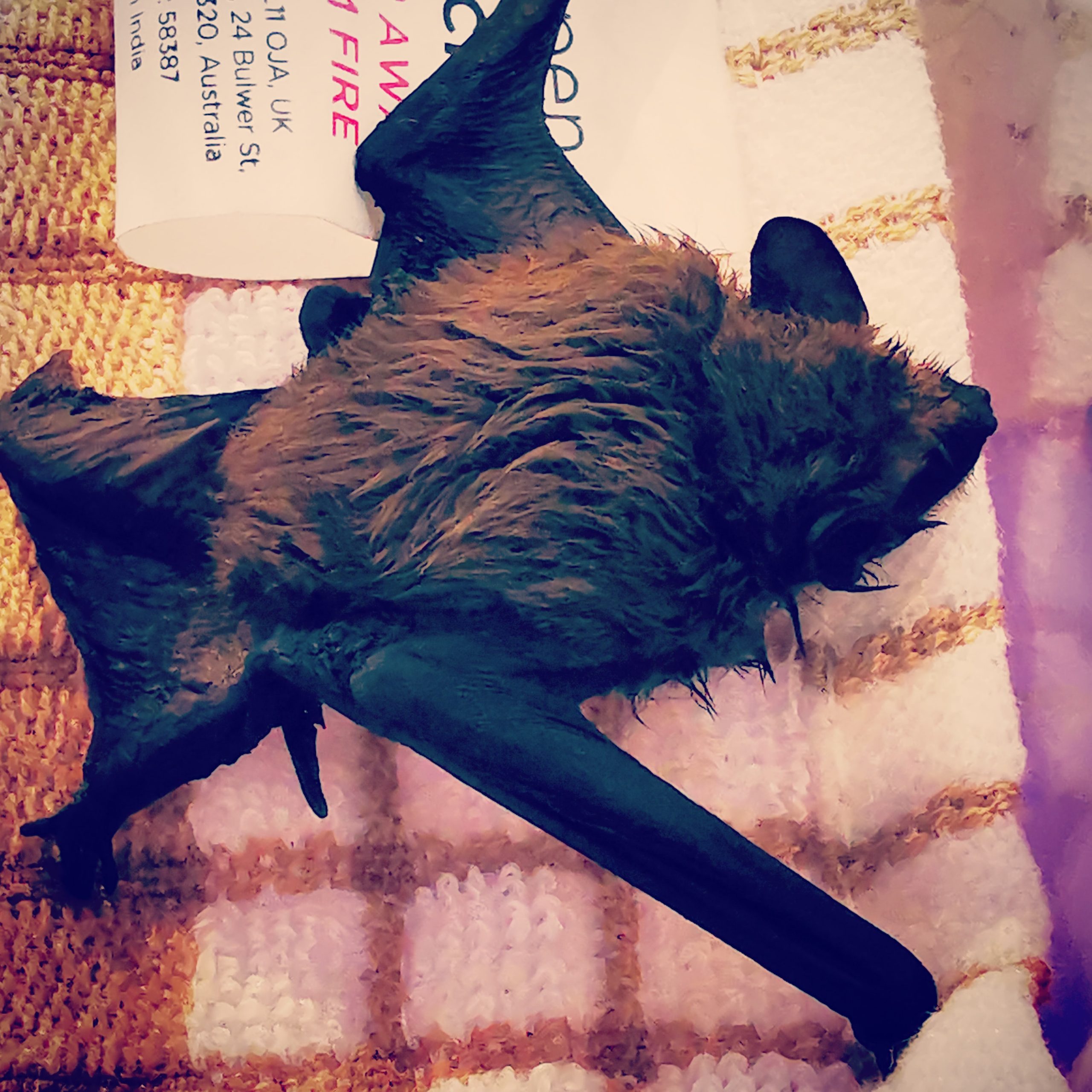 Robin the wonder-bat was found by the family dog “Billy” a very chilled Cavalier King Charles Spaniel. The family had already had a couple of other bats emerge into their house, one of which had settled on a guitar amplifier and flown across the room!

The family had managed to get Robin into a shoebox, following guidance from the Bat Conservation trust. Robin was kitted out with a very stylish Adidas box with his own see through sunroof! A volunteer from WYBG visited the house to collect and the family explained how these bats were entering their house through the bottom of a fireplace. WYBG advised them to block the exit hole as any bats behind the fire will be able to climb back up where they came from or be collected by mothers.

The plan was to take Robin to Otley. When he arrived there the family had found yet another bat and it was decided it may worth an attempt to see if Robin’s mum would collect him that night. The other bat was incidentally  collected as Robin was making his way back to Brighouse. Robin stayed on a makeshift release board watched eagerly by the family and volunteers. Sadly after several hours and lots of interest from other bats, Robin was not collected.

Robin stayed the night with the trained volunteer where he was fed and watered and taken to Otley the following afternoon. He will remain with other pipistrelles of his own age, learn to fly and feed for himself and be released later in the year. 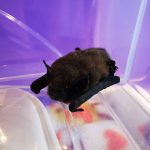